"Missed the Future?": The lost decade

When and how did German companies lose the race against tech giants from the USA and China? A story of collective failure. By Thomas Middelhoff and Cornelius Boersch.

Among the experiences that we both - independently of each other - have had in connection with digitalisation over the last 25 years, we would like to highlight two phenomena in particular that help us to describe certain developments and behaviours around digitalisation and to better understand the reasons for the current situation. 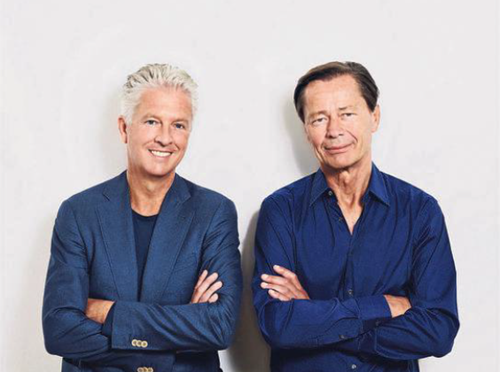 The first phenomenon we refer to as the "phenomenon of collective failure", which typically goes hand in hand with the attitude of those responsible not wanting to take responsibility for the effects or results of a failure. In the case of digitalisation, this refers to the fact that individuals are not responsible for the way in which Germany is lagging behind other countries in terms of digitalisation. Rather, a heterogeneous group of business leaders and politicians is responsible for this development, who have influenced each other in their (decision-making) behaviour, for whatever reasons. As a consequence, they all took the same unreflectedly negative attitude towards digitalisation.

"The consequences of the lost decade were not immediately apparent at the level of companies and the economy, but are only becoming more and more visible today, ten years later".

Let us discuss the second phenomenon, the "phenomenon of temporal decoupling of cause and effect". The consequences of the lost decade were by no means directly measurable or noticeable. According to our observations, the effects of such mismanagement at an economic or technological level become evident with a time lag of about ten years.

Just as the positive economic development during the Merkel era was largely due not to "political witchcraft", but rather to the positive effects of the "Agenda 2010" reform programme introduced by the Schröder government, the consequences of the lost decade were not directly measurable at the level of companies and the economy, but are only becoming increasingly visible today, ten years later.

The generation of managers and politicians responsible at that time stood for an outdated understanding of the economy and the business models associated with it. This attitude is partly due to a lack of empathy for modern trends and a reluctance to deal with new technologies. This is why they can also be called "preservers".

This criticism also applies to the leading consulting firms, which failed to fulfil their task of developing sustainable, future-oriented strategies. A digital strategy should have a long-term focus and not lead to a contrary approach after the first frictions, as they did, for example, after the collapse of the New Market. But this is exactly how strategy consultancies behaved after the corrections in the capital markets. Not the sale of opportunistic consulting services with the aim of maximising hourly rates should be the primary goal of a strategy consulting company, but the long-term correct, sustainable consulting of the client.

Today, it is above all the managers from this section who have generally withdrawn from the public eye, eagerly trying to protect their "good" name, while the next or next but one generation is busy "full time" sorting out their legacies in digital terms and perhaps securing the (digital) future of their companies at the last minute. And some of the above-mentioned still have the chutzpah to chair board meetings or party events dealing with digital issues or to accompany them with their well-meaning advice.

Unfortunately, a large proportion of the managers from this group - interestingly, most of them men - had responsibilities for leading German corporations in industries that were particularly challenged by digitalisation. Or better said, those to which digitalisation offered very special business opportunities: banks, media, telecommunications, retail, cars. Others, above all the representatives of old industrial sectors who were engaged in lobbying efforts, used their influence on politics and associations to put an end as quickly as possible to the digitalisation of our country and the - in their view - "spook of the new economy". In the course of the Corona crisis we experienced for the first time that the strong automobile lobby no longer found an immediate ear when it came to the subject of purchase premiums.

During this period, Germany was not only unable to keep up with its international peers. Many groups also failed to prepare themselves early on for the efficiency improvements that had been foreseeable since the mid-1990s, which were primarily on the personnel side, such as those that banks and insurance companies were able to achieve by digitalising their business processes.

"As is so often the case with such cases in business and politics in our country, once again "nobody" is to blame".

From this perspective, it is actually the elite in our country who bear collective responsibility for the fact that Germany has missed the boat in terms of digitalisation. But to this day we have not heard or read that even one of the people involved or any party has admitted to this. As is so often the case with such cases in business and politics in our country, once again "nobody" is to blame. And likewise, "nobody" knows whether the inevitable consequence of the lost digital decade will now be the decade of the "sell-out of the German economy".

Time and again we hear from the above-mentioned people: "In my time we were still really profitable." Unfortunately, they do not understand that the reasons for today's dilemma lie in the time of their responsibility. Only in the following years and decades will the full extent of this misguided development become apparent, the causes of which are to be found in the period of the lost decade.

You can find the article here.

"Missed the Future?": "We will soon see the German economy being on sale"